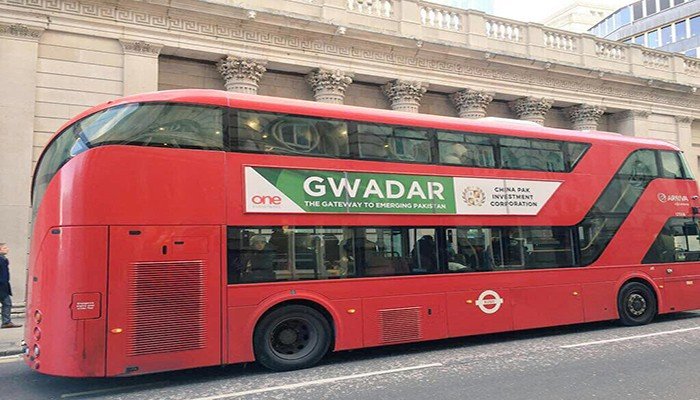 Gwadar: Chairman of the CPEC Authority Lt-Gen (retd) Asim Saleem Bajwa stated that $3 billion of Chinese investment in an individual project would assist produce 30000 employment in the second phase of the Gwadar Port Free Zone.

After reviewing the port and other CPEC developments, the former army general spoke to journalists in Gwadar. Once fully operational, Lt-Gen (retd) Bajwa claimed that the harbor and free area would provide about 10 billion dollars to economic activity.

The Chinese Port Holding firm has announced the functioning of all four dockets of the port and stated Gwadar had been implementing its infrastructure development for $300 million.

Over the previous months, he added, more than 67,000 tones, most of which consignments carried in Afghanistan under the Afghan Transit Trade Agreement, were processed in the port.

Another tanker with a diammonium phosphate fertilization and feed cargo (DAP), carrying 8,000 cubic feet of liquefied oil gas, will arrive here from Australia on Tuesday, adding the vessel. Asim Bajwa said they had increased their port capacity to aid investors and traders; Also established is the customs system.

“Now, we are fully committed to increasing the port traffic that we are seeking to build its offices in the city by logistic businesses,” he added. As for the Gwadar port-free area, Asim Bajwa has already finished its first phase, covering 60 acres of land, registering 47 companies.

Bajwa detailed the construction of six plants, and three were utterly operating, including specifics regarding the port developments. He added six more had made, increasing the port’s contribution and the free zone to 1,200 direct employments.

The China Port Holding Company has already listed a second-phase investor that would require about 1600 acres of property. The investor committed 3 billion dollars in a single industry direct investment which would create thirty thousand employments.

Asim Bajwa said the Eastbay Expressway would convey cargo directly to Karachi and the country from port to M-8 for further transport.

He stated that 94% of construction on the highway, which I think would launch in September, was done. Likewise, he added, work was also being undertaken quickly on Gwadar Airport as technical and professional institutes in the city will finish in October.

He stated that the Prime Minister expressly ordered the creation of the best jobs in the area through training local young people.

The chairman of CPEC praised the president of China for his “gift” to the port of a hospital with 150 beds.

He stated that Gwadar City’s master plan was also authorized and was currently in execution.