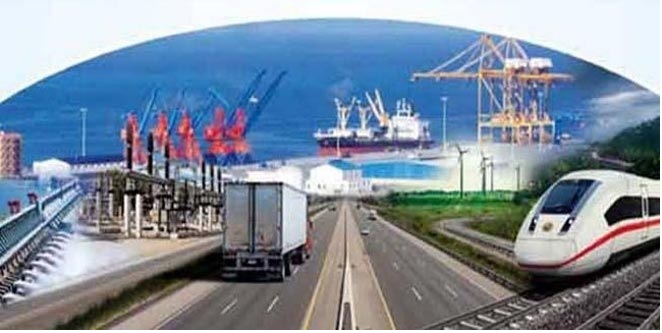 Now Pakistan is headed towards a regional hotspot for international commerce with an internationally recognized steady economic outlook. Therefore, the geostrategic position of the nation is significant in determining the region’s dynamics. One of the most effective instances of this is the China-Pakistan Economic Corridor (CPEC). As numerous infrastructure and Currently, Projects involving energy will implement. In the region under the banner of the China-Pakistan Economic Corridor, cordial connections between Pakistan and China are the most useful. In this blog, we will learn in-depth about the latest CPEC projects and evaluate their regional advantages.

Economic Corridor China-Pakistan is a multi-trillion-dollar project initiated in a bilateral agreement between Pakistan and China. It is a crucial element of the ‘One Belt, One Road (OBOR).’ OBOR aims to construct a core trade route framework across Africa, Asia, and Europe, interconnecting over 68 nations. The trading route of CPEC extends across Pakistan from the Himalayas in the northern area through to the southern shore of the Arab Sea.

We’ll compile and discuss all of the most recent CPEC events in Pakistan, as well as their regional implications.

Owing to the region’s significant renewable energy potential, some of the tremendous developments to harness clean energy from natural resources in Pakistan are as follows:

The solar park at Quaid-e-Azam (Under-Construction)

A massive solar power plant in the fringes of Punjab, Quaids-Azam Solar Park, is located in Bahawalpur, Punjab. This solar-powered factory with a capacity of 1000 MW spans more than 500 acres (200 hectares) and houses around 400 000 solar modules.

As part of China-Early Pakistan’s Harvest Energy Corridor, the Hydro China Dawood Wind Power Project operates in the area. Built on 1720 acres of land in Bangalore in Sindh, it is located around 80 kilometers east of Karachi and has an installed capacity of 49.5 MW.

In June 2017, the United Energy Pakistan (UEP) Wind project started with an electricity generating capacity of 99 MW. In Jhimpir is the wind farm. The Cost for the construction of the tune of around $250 million. It is one of Pakistan’s most important CPEC projects. In a short time, the project was designed and implemented.

A 118-kilometer long, 2-lane motorway will stretch from the Thakot to Havelian portion of Karakoram Highway. The second phase of the Karakoram Highway is sometimes called the road project. In conjunction with the project, many new tunnels have been built, which essentially cut the trip from Islamabad to Mansehra by five hours.

One of the main components of the Karachi-Peshawar Motorway is the Multan-Sukkur (M-5). Three hundred ninety-two kilometers from the 1.100-km project is cover by M-5. It is a six-lane road with 11 interchanges over its length at various places.

The research study is in the province of Baluchistan, the Khuzdar district. The project consists of a 2-lane road from Basima to Khuzdar, 113 kilometers long. The National Authority is responsible for maintaining and running the project (NHA).

Between Thakot and Raikot, the Thakot-Raikot N35 is a two-lane, 136-kilometer highway. It passes through a region where several hydroelectric power plants are planned. Diamer-Bhasha Dam and Dasu Dam are two well-known examples.

Gwadar is well-known as Pakistan’s third significant deep seaport after Karachi Port and Port Qasim. The port town of Gwadar will be a center for international trade for Pakistan once completely completed and fully operating. Some of the most recent initiatives undertaken in Gwadar as part of the Economic Corridor between China and Pakistan.

The East Bay Expressway is currently under construction. It will act as Gwadar port’s major artery via which traffic will now drastically decreased. The route mainly connects Gwadar Port and its Free Zone to the country-wide road network. The Gwadar East Bay Expressway is a six-way highway, relating to the Makran Coastal Highway by a 30-meter wide Gwadar rail corridor, covering the 2300 acres of the Free Trade Zone (N-20)

Gwadar’s new international airport (NGIA) is under construction. The latest flight airport will include technical equipment to handle big flights, for domestic and international flight operations, such as ATR 72, Airbus Boeing B 737 (A-300), and Boeing B-747. It lies in the Gurandani district, about 26 kilometers northeast of Baluchistan’s town of Gwadar.

Principle 1 (ML-1) is one of Pakistan’s most significant CPEC projects. In addition to this project, the Railway system would be upgraded to include around 1,680 kilometers of infrastructure. After completion, the project will cut the distance between the two communities in half.

The Havelian Dry Port Cargo facility is designed to meet freight traffic on the Pak China Economic Corridor’s commercial routes. The railway in Havelian will soon become a dry port, according to the plans. In addition, on the Karakoram Highway and other primary intercity transit connections, the dry dock will operate as a freight container terminal.

The maiden trial run recently held on December 10, 2019, was completed by Orange Line, Lahore, Pakistan’s first-ever electrical mass transport system. The highest speed of these trains is 80kph and can carry around 250,000 passengers every day.