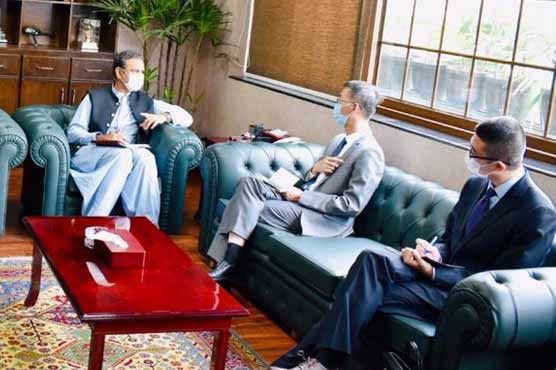 THE GWADAR PROJECT IS EXPECTED TO PRODUCE $10 BILLION IN ANNUAL ECONOMIC ACTIVITY.

Unlike any other IMF, World Bank, or other programmers, CPEC prioritizes social development, population welfare, and poverty alleviation throughout its command area.

According to Bajwa, the China Port Holding Company completed the port’s infrastructure work at the cost of almost $300 million, and all four berths were fully operational. In the previous few months, the port processed nearly 67,000 metric tones of goods, he added. They were primarily consignments that transferred to Afghanistan under the Afghan Transit Trade Agreement.

He added that a ship carrying 8,000 cubic feet of liquefied petroleum gas and another vessel carrying 24,000 MT of DAP fertilizer and feed cargo for Afghanistan landed at the port on June 1, 2021.

“Right now, our whole focus is on increasing port traffic, for which we are chasing logistic firms to open offices in the city.” Bajwa went on to say that the first phase of the Gwadar Port Free Zone is complete and that 47 businesses is registered.

He stated that the port and free zone had produced 1,200 direct employment in the previous three years, with another 12,000 people employed to support infrastructure. He said that the China Port Holding Company had already secured a second-phase investor who would need 1,600 acres of property. The investor had pledged a direct investment of $3 billion in a single company to create 30,000 employments.

According to the chairman of the CPEC Authority, the Eastbay Expressway would convey cargo straight from the port to M-8, where it will deliver to Karachi and the rest of Pakistan. According to him, 94 percent of the expressway’s work is complete, opening in September.

According to him, the premier has urged that as many work opportunities as possible be established in the area, with the potential of local youngsters to develop via skill training.

The city of Gwadar, the port, a new international airport, and accompanying transportation systems are all part of the Gwadar City Master Plan, as is the development of the East Bay Expressway and increasing the efficacy of the Gwadar Free Zone to encourage social and economic progress.